This year’s Olympia is going to be the biggest Olympia of all time. Not only is it the 50th Anniversary of the Olympia, it is also going to be the first nationally televised by NBC. While the Olympia started with solely bodybuilding, it now encompasses Figure, Fitness, Physique, and Bikini Classes. The Men’s physique class was introduced in 2011, and premiered in the Olympia last year, 2013. This class brings on a whole new aspect into the art of bodybuilding.

Lets get back to the basics here a little bit as I try to explain this Men’s Physique class a little bit here. Why do most men lift weights? Generally speaking, because they want to be more attractive. The more attractive your body is, the less women will pay attention to your other flaws, and the more likely you are to score. Muscles = Women. There is a fine line with this though. Most guys want to just get bigger and bigger, unfortunately, a lot of women are repulsed by a guy that looks “too big”. This is where the Men’s Physique class comes into play.

I will be completely honest with you, I’m not really a huge fan of the division. I mean come on, they wear board shorts that cover most of their lower body. Personally, I think its a cop out for leg day. I prefer the warriors of the bodybuilding division in their thongs, but I wouldn’t exactly kick any of the men’s physique guys out of bed either. Regardless, this class is becoming extremely popular as it is essentially the Men’s Bikini class. As new to the Olympia as this division is, its going to be interesting to see what is deemed the ideal physique for the competition.

For those of you that don’t know, the rules for the division state the judges are looking for “fit contestants who display proper shape and symmetry combined with muscularity and overall condition.” Extreme muscularity will be marked down (WTF!? Doesn’t make sense to me). This leaves a large grey area to what is deemed “too muscular”. Similar to bikini, simple aesthetics are going to be the key to winning in this division. Shredded muscles, conditioning (without too much vascularity), stage presence and symmetry  will all be pivotal in winning this competition. Contestants will also be graded on their face, V-taper, calves (NOT glutes yet…another WTF, who doesn’t like man with a great ass?), and short color choice and how it corresponds with their eyes and hair.

With last year being the first time the physique division was included in the Olympia, it was interesting seeing who actually came out on top vs. who were the fan favorites. Here is the line up of last years winners:

Lets do a little review here. 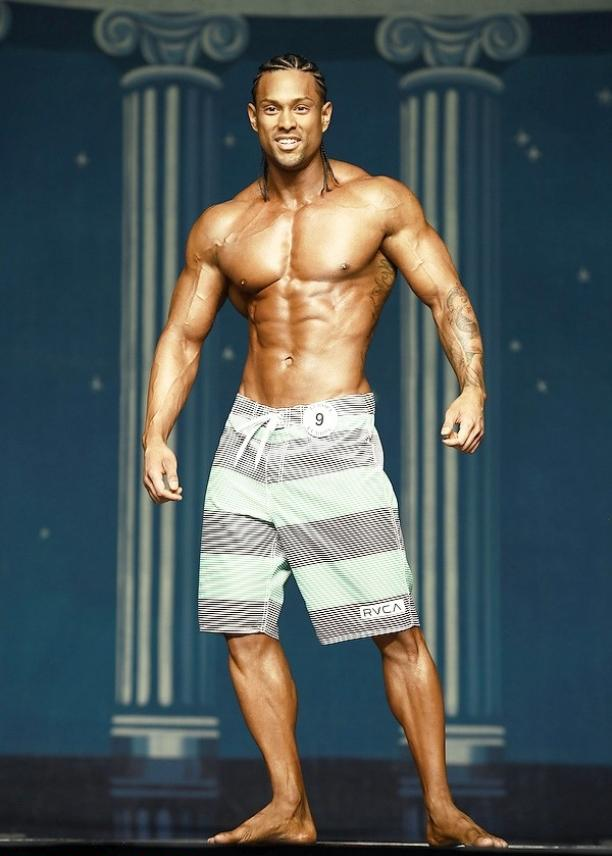 Mark Anthony Wingson was the 2013 Olympia Men’s Physique winner, and was obviously a fan favorite. He is very aesthetically pleasing. He is cut, but not too dried out. He is also very symmetrical, and his calves balance out with his upper body. His V-taper has definitely improved over the years and hes put on some good size. If you have seen his posing, you can see that he is very comfortable and confident on stage, and nails his poses. Love this guy, the biggest sweetheart ever. I have him in 1st for sure. 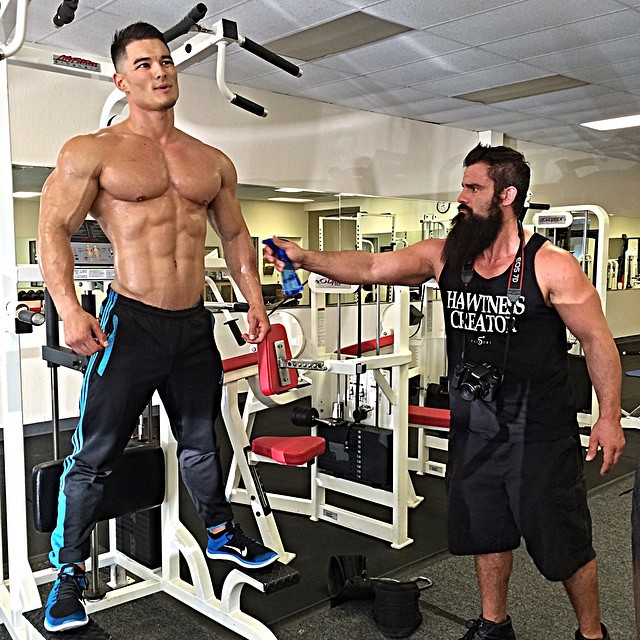 Ladies (and gents), meet Jeremy Buendia. He came in 2nd at last years Olympia, I definitely would have had him in first. I don’t even know where to start with him. Well firstly, he is very aesthetically pleasing. He has a great face, and a great smile. His body lines are damn near perfect, and his taper is just beautiful. His muscles are nice and full, and well proportioned. I would say hes right about the perfect amount of muscularity for the Physique guidelines. Everything flows very nicely on him and his calves balance out his upper body perfectly. His posing is also very spot on, and he presents himself confidently on stage. Wow, listen to me go! Anyways, I’ve been checking out his progress pics for his prep so far and I think hes going to be a serious contender this year. 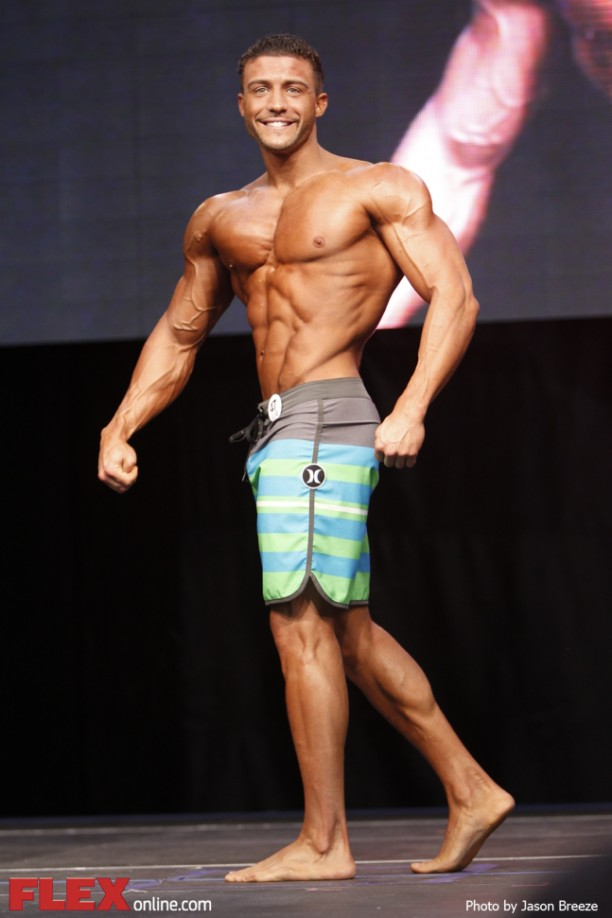 This is Matt Acton, I probably would have had him at fourth last year I think. Again, he is very aesthetically pleasing, but I think he could be bigger, and his calves don’t quite balance out with the rest of him. Also, I prefer a little smaller waist for this division. He looks like we will have to see how he does this year! 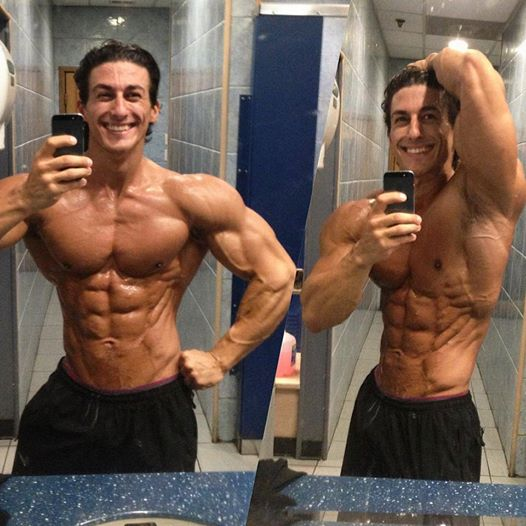 This is an interesting one, Sadik came in 4th last year. I would have probably put him in third. His body looked great, he had small waist and a great V-taper. I think he was almost on the edge of being too muscular though, it will be interesting to see him at the Olympia. I think the reason that he placed fourth, and it’s probably going to sound bad, but I don’t think hes AS aesthetically appealing in the face as some of the other guys. Thats just my opinion though. 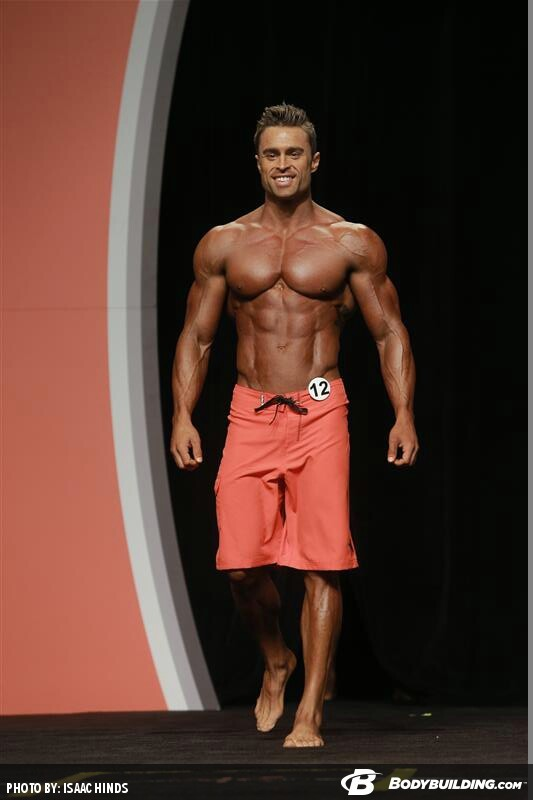 Okay, so personally, I really like Jason’s physique in the 2013 Olympia. But, I think that with the physique divison, if he would have had a smaller waist it would have even things out a bit. I would have liked to see some more abs too. Also, his posing needed some help last year too. I probably would have had him at 5th as well. 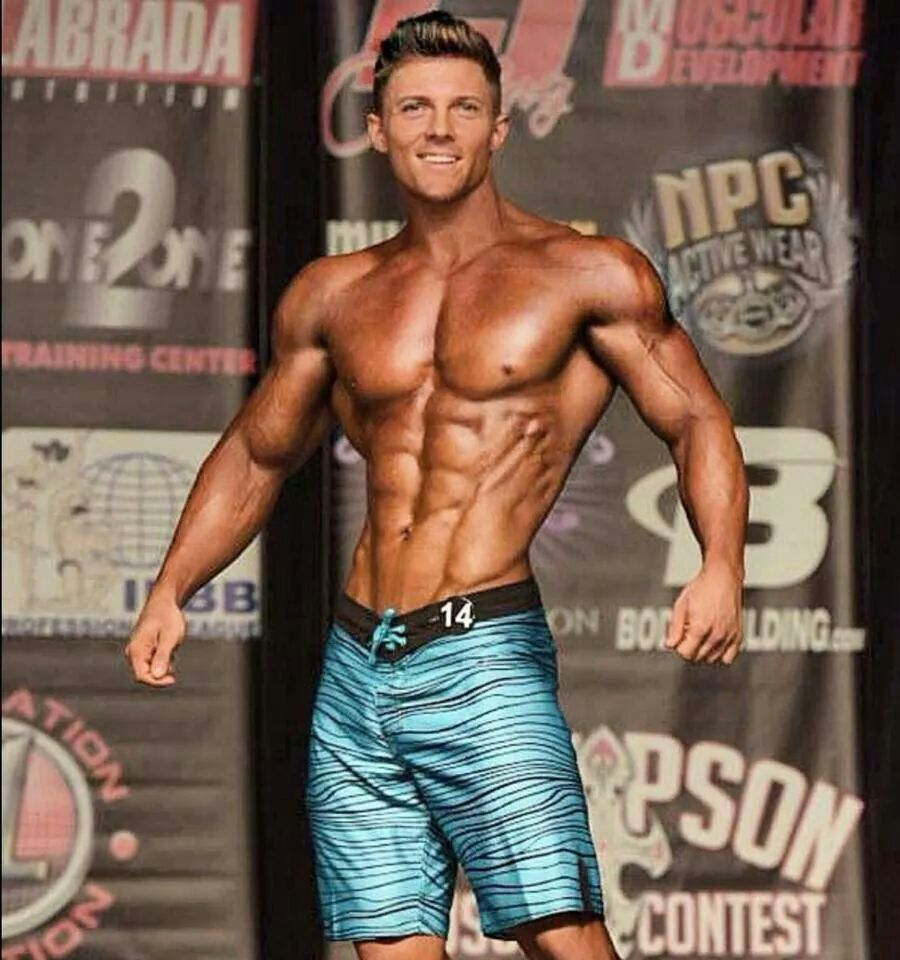 Also have to mention of course the fan favorite Steve Cook. He placed 8th at last years Olypmia. I am surprised he didn’t place in the top 5.  I thought that he looked really good, He was looking really good at Dallas, looks like he put on some good size, I think hes going to be another serious contender this year. I would definitely put him in the top 5.

So this has been my certainly extremely (un)professional opinion of this years contenders. We’re actually going to be at the Olympia this year, I’m so stoked! We’re going to try to get as much coverage of it as we can! Should be really interesting to see how everything pans out!

Are you ready to take your body to a new level? Check out our supplements here!